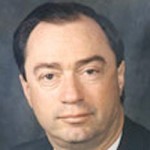 Lawrence J. Waldman, CPA, age 72, has served as a director since March 2011 and is currently the Chair of our audit committee and Lead Independent Director of the Board. Mr. Waldman has over thirty-five years of experience in public accounting. Mr. Waldman currently serves as a senior advisor to First Long Island Investors, LLC, an investment and wealth management firm since May 2016.

Mr. Waldman was the Managing Partner of the Long Island office of KPMG LLP from 1994 through 2006, the accounting firm where he began his career in 1972. Mr. Waldman was elected to the Board of Directors of Comtech Telecommunications Corp. in August of 2015 and since December 2015, serves as Chair of its audit committee.

He previously served as the Chairman of the Board of Trustees of the Long Island Power Authority and as Chair and a member of the finance and audit committee of its Board of Trustees. Mr. Waldman meets the definition of a financial expert as defined by the SEC and The NASDAQ Stock Market LLC.